Ethnic Seattle – With the record-breaking heat of this past June giving Seattleites a taste of what’s to come this summer, we’ve all been clamoring to find a moment of relief, a chance to catch a break from sweltering temps.

Finding the nearest fan, devouring popsicles and ice cream at any chance, while all popular options, don’t always do the trick. It’s best to stock up on strategies to beat the heat in a city that boasts very few air conditioned spaces.

Our world neighbors in Southeast Asia, Central and South America, India, Africa and the Caribbean know a thing or two about extreme heat. And one of the commonalities of countries in those areas such as Cambodia, Vietnam and Mexico are the hot and spicy food!

There, chile peppers are a staple, an essential part of what makes each cuisine its own kind of delectable. But what do chile peppers have anything to do with staying cool? Well, a lot more than the average person would think! The fiery flavor of pepper does more than just tingle the taste buds; it actually promotes circulation, raising the temperature of the body to more evenly correspond to the external temperature. The less temperature differential between the body and the outside air means a cooler feel inside. In combination, spicy food also stimulates the body’s desire to perspire which is the body’s way of cooling itself. Heat is released into sweat and once that perspiration evaporates, one’s left in a cooler state.

In search for an edge over this summer’s hot spell and equipped with this knowledge about fighting heat with heat, we popped into a few local spots to get some tips to keeping cool.

In the heart of the International District, Phnom Penh has been dishing up goods since 1987. Here you can find the cuisine of Cambodia, shared by Sam and Kim Ung who immigrated as refugees in 1980. Twenty-eight years after opening, the Ung’s daughters have now taken over, running the restaurant.

From a large menu that includes rice dishes to noodles, curries to soups and salads, the Nhoam Salad was an item highly recommended by daughter Dawn Cropp who described it as being “light and very fresh.”

One bite in and it was no wonder, as slices of tender beef married well into the freshness of chopped lettuce, cabbage, basil, onion, cucumber and tomato dressed to perfection by a fish sauce vinaigrette that had a nice touch of lime juice, garlic and pepper. The ground peanuts atop provided a satisfying textural difference and nuttiness that sealed everything together. Although a chicken or beef option was provided, Cropp mentioned the flexibility of a dish like that when made at home, where any meat would work just as any fresh vegetable would. With that in mind, a request for a spiced up version was made, where Thai chilies were added to perform double duty on the cool down.

Recommended for a clear, hot day by the owner however; was their fish cake noodle soup (bún chả cá). Thin round rice noodles were caressed by a steaming broth made of tomato and pineapple, with grilled ground fish balls, and a heap of fresh herbs on top. The result of which were full-bodied bursts of sweet, sour and spicy spoonfuls, that left you wanting more.

Next was a short ride to La Tienda Mexicana El Oaxaqueno, a tiny unassuming store in Beacon Hill offering Mexican snacks and seasonings. The reason to frequent such a modest place is right outside their doors where a small cart holds the answer for many. Besides the popular roasted corn, mango is also prepared simply and delightfully. Order one of the cheap mango eats, and an attendant will expertly peel and cut down a whole mango, inserting a stick into the seed like a lollipop to include. A shake of lemon juice, a sprinkle of Mexican chili powder and a squirt of bright and tart chamoy (a sauce made of pickled fruit and spices) and they send you off with your Ziploc bag of goodies in hand.

So, move on over ice-cold beverages, there’s a new way of doing things around here!…Okay, so maybe we won’t do away with a nice cold beverage when the sun is beating down on us, but we definitely hope some of you will have a little fun experimenting with some hotter and spicier approaches to staying cool this summer!

Cool Down with a Hot Drink? It’s Not as Crazy as You Think

VICE: How Eating Spicy Foods Can Help You Cheat Death! 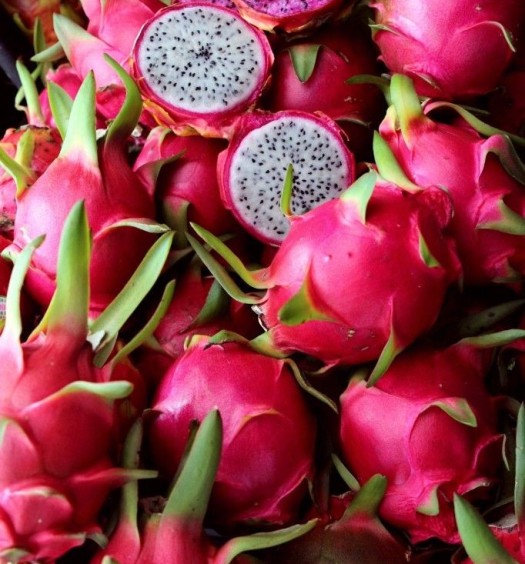