Uwajimaya’s Tomio Moriguchi ranked no. 24 for 35 of Seattle’s most Influential Business Leaders in the Past 35 Years

Uwajimaya’s Tomio Moriguchi ranked no. 24 for 35 of Seattle’s most Influential Business Leaders in the Past 35 Years

Eighty-seven years ago, Japanese immigrant Fujimatsu Moriguchi started selling fishcakes and rice from the back of his truck to Japanese laborers in logging and fishing camps around the Puget Sound area.

He named his business Uwajimaya, after the Japanese town of Uwajima where he learned his trade.

The Moriguchis expanded the company until World War II, when the family members were incarcerated with most other Japanese-Americans in internment camps. The Moriguchis reopened the business after the war, and today the 400-employee company has Asian grocery stores in Seattle, Bellevue, Renton and Beaverton, Ore.

The instrumental figure in the company’s survival and growth was Fujimatsu’s son Tomio Moriguchi, who took over the business after working as a Boeing engineer, and who is company chairman after serving as its CEO for 30 years.

Moriguchi and other family members in the business made one of their boldest moves in 2000, when they opened the 66,000-square-foot Uwajimaya Village in the heart of Seattle’s Chinatown/International District. The complex is a spacious bazaar of produce, prepared food and dry goods from throughout Asia. The project includes a 176-unit apartment complex above the store.

Moriguchi also has been active in the community, as a founder and board member of organizations ranging from the Kin On Chinese nursing home to Nikkei Concerns, catering to the need of older Japanese community members. He serves as publisher of the 113-year-old North American Post, the Northwest’s largest Japanese community newspaper.

Meanwhile, the Uwajimaya Company continues to expand, with Tomoko Moriguchi-Matsuno as CEO. The company recently, broke ground on the $24 million redevelopment of the Publix Hotel to provide 125 badly needed market rate apartments in the district.

This is one in a series where the Puget Sound Business Journal counts down the top 35 most influential business leaders of the last 35 years. The countdown is part of the PSBJ’s 35th anniversary celebration. To see the full list click here. 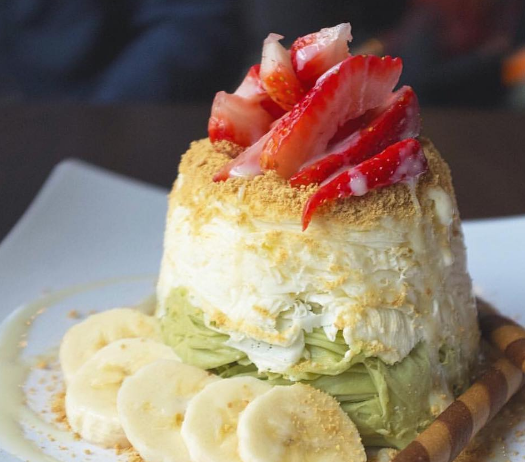 Cool Down At These 6 Sweet Spots in the City