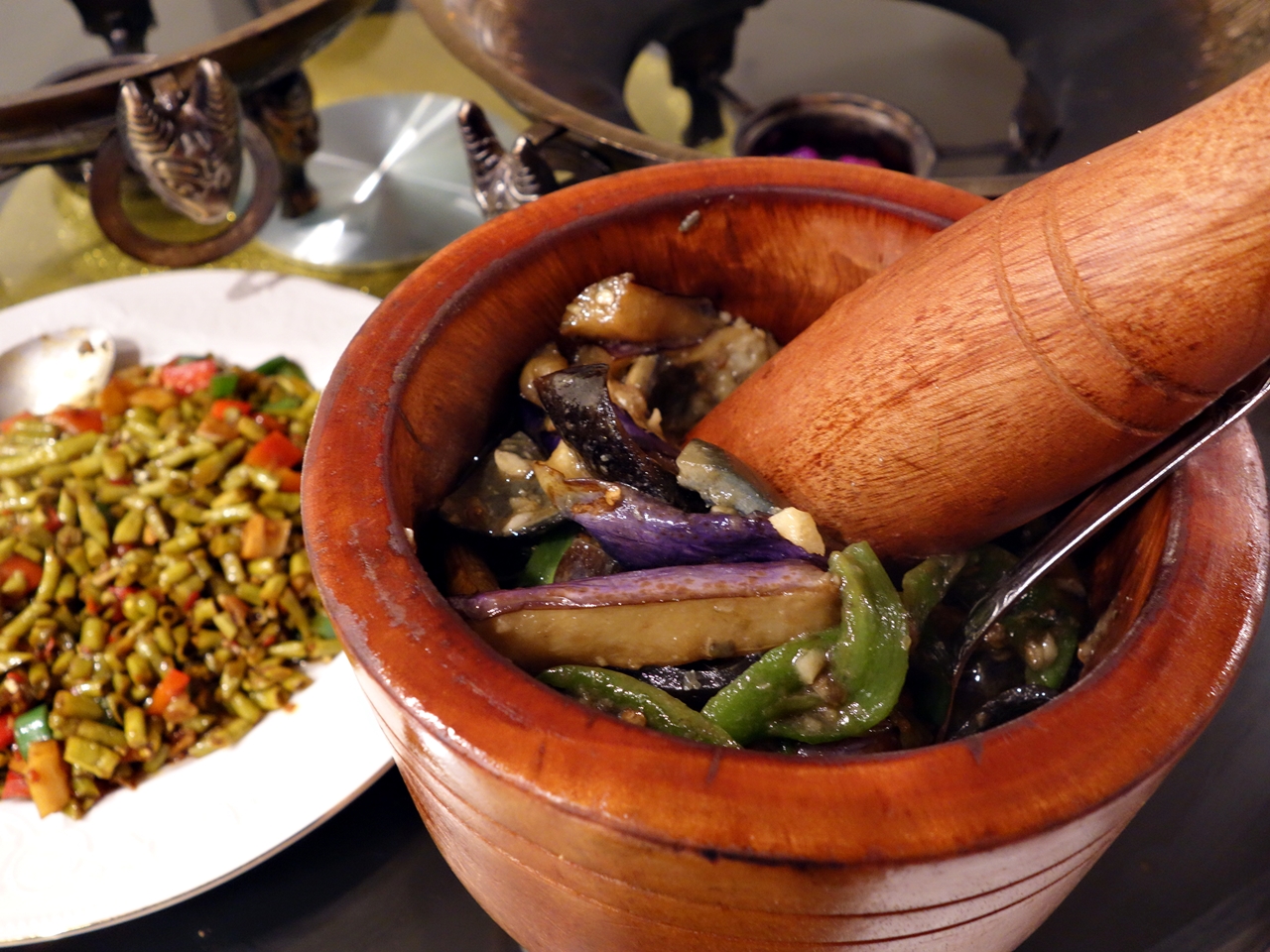 2018 offered another year of delicious Asian eating in the Seattle area. I’m happy to see increased representation of Chinese regional restaurants. There are some interesting new Japanese restaurants that range from ramen (the boom continues) to high-end kaiseki dining. We continue to have a thriving Vietnamese restaurant scene. In addition to the aforementioned cuisines, my coverage on Ethnic Seattle this year included Korean, Cambodian, Filipino, Thai, Lao, and Indian/Nepali/Tibetan food.

Selecting five favorite bites of the year is a great challenge. My picks come from places both new and old. 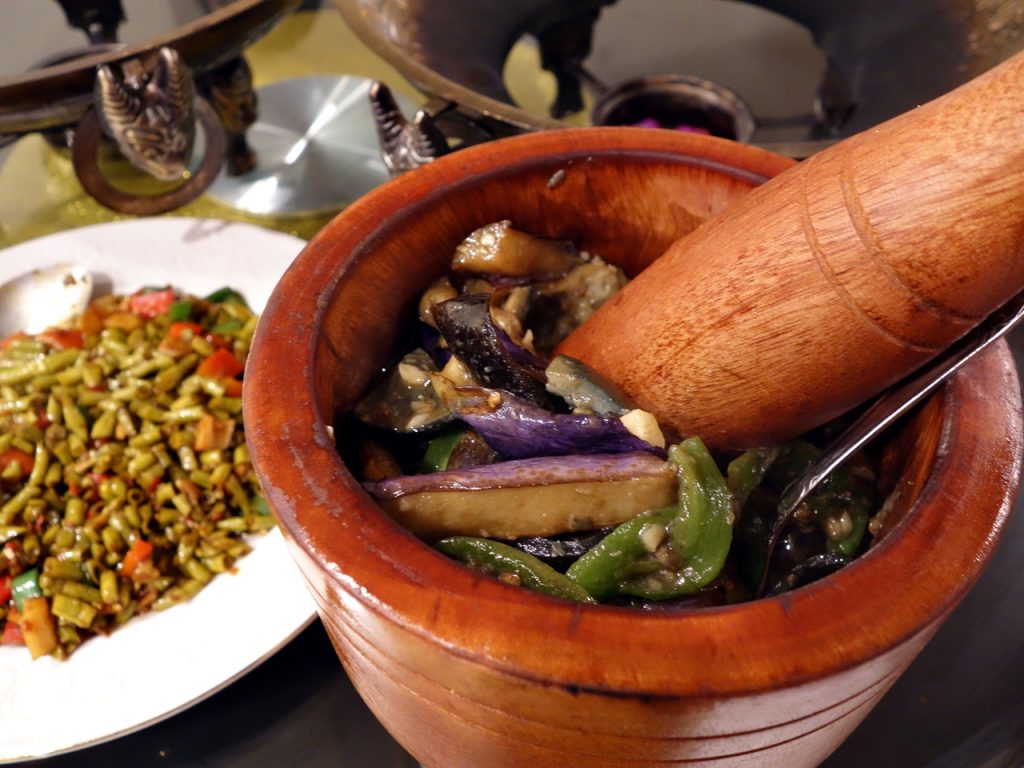 This was likely my favorite restaurant opening of the past year. I’m a big fan of Sichuan cuisine, and Sizzling Pot King introduces related flavors in its Hunan dishes, which often showcase chili peppers in various forms. Actually, the preserved eggs with eggplant and green peppers is one of the milder dishes at SPK, but it’s a fun one—including the interaction of being able to pound the contents with mortar and pestle. The fried eggplant is creamy, the preserved (century) eggs are dark and earthy, and the peppers (a Korean style) are piquant. The combination is tantalizing, making this a must-order dish. 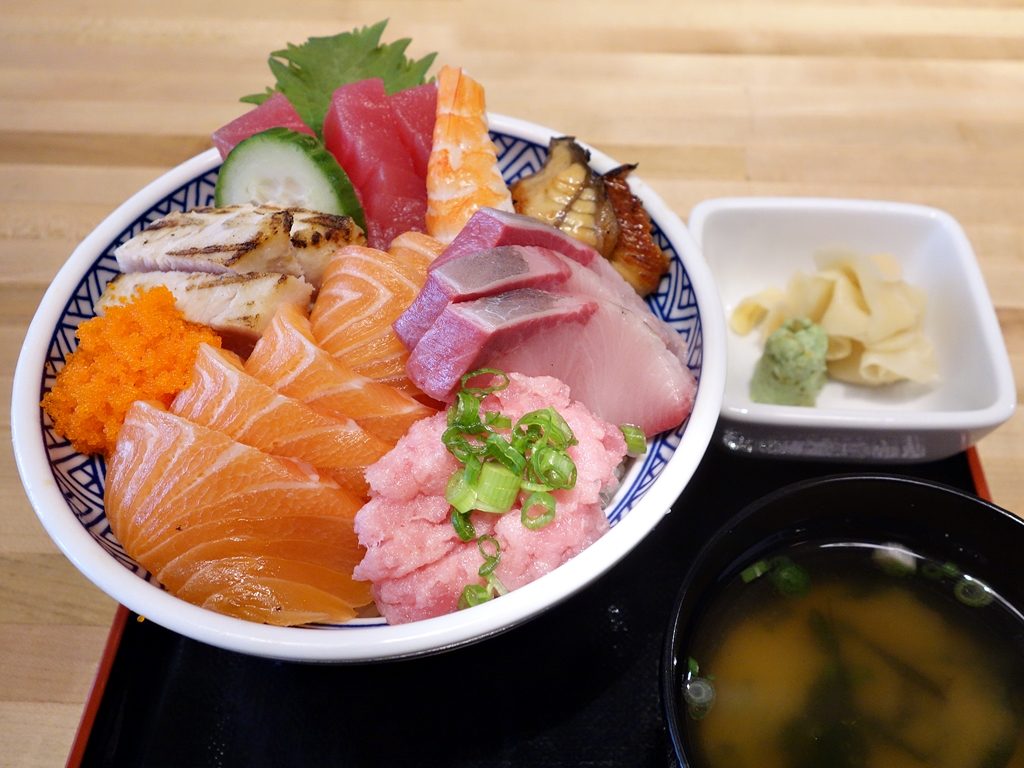 Don is short for donburi, the Japanese rice bowl dishes that you’ll find at Fremont Bowl, a sibling of Seattle’s I Love Sushi. While there are many varieties ranging from gut-busting tonkatsu to sukiyaki beef to a new kakiage (assorted tempura) offering, chirashi is the one to get. It comes with a generous portion of seafood, including tuna, yellowtail, albacore, salmon, eel, shrimp, fatty tuna scrapings, and flying fish roe. The soy sauce is homemade, and they provide fresh-frozen wasabi, all for a bargain price. 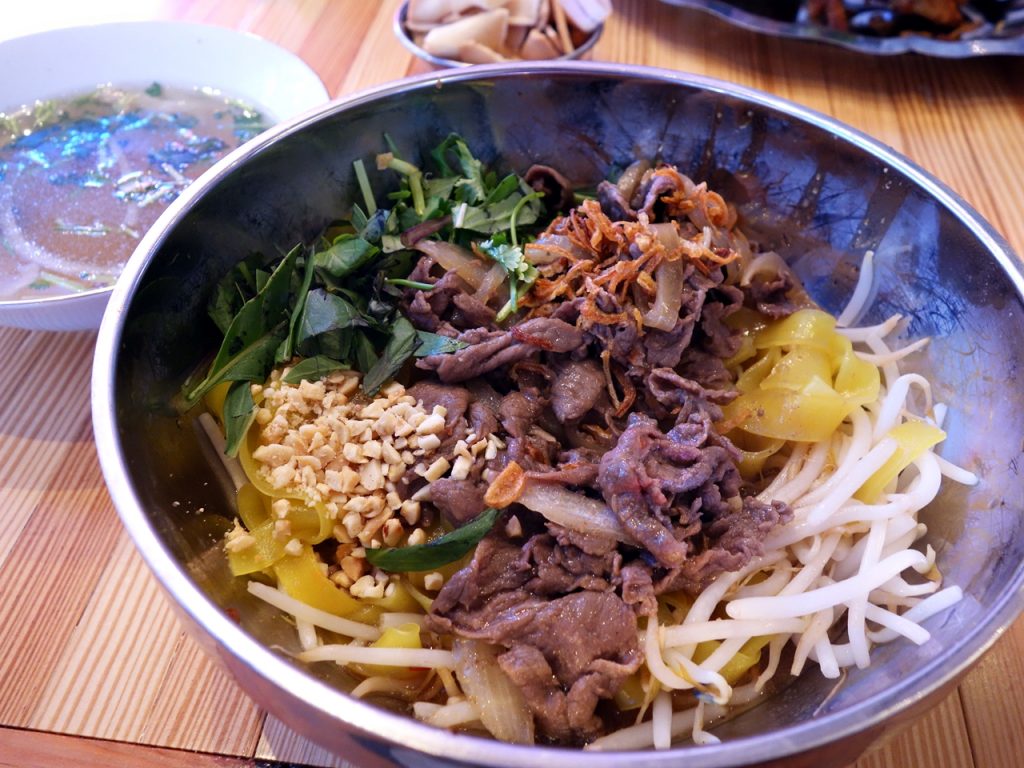 This new restaurant adjacent to “the red boat” serves the same pho as the Pho Bac mini-chain—a good one, though I prefer the less sweet version at Pho So 1. What really shines at Pho Bac Sup Shop is the pho tron, aka “dipping dry pho.” The bowl comes with turmeric noodles, fried shallots, peanuts, and Pho Bac sauce, with the broth is served on the side. You can choose from a variety of proteins, but I recommend beef as the best way to go. “Unfortunate Cookie Mix” (spiced up peanuts and broken fortune cookies) makes a good starter or finale. 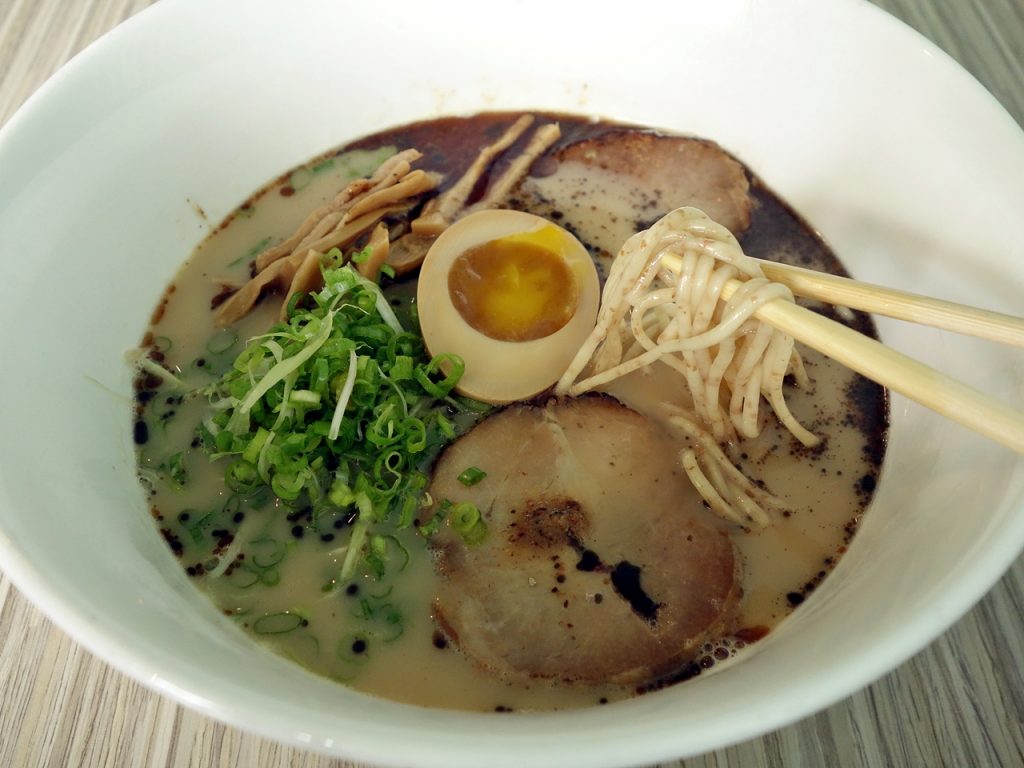 With all the Japanese chains coming to Seattle (and there are many good ones), the one-off known as Ooink is serving some of the best quality ramen in town. Chef Ooi’s silky pork broth comes with a variety of tares, with soy sauce my favorite, and a seriously spicy option available. Two types of noodles are made on-site. The gyoza are good, as are the Malaysian-spiced chicken lollipops (ayam goreng)—Ooi’s nod to Japanese karaage. By the way, with owner connections to China, Ooink makes a mean ma po tofu, which you can get over rice or as a type of ramen. 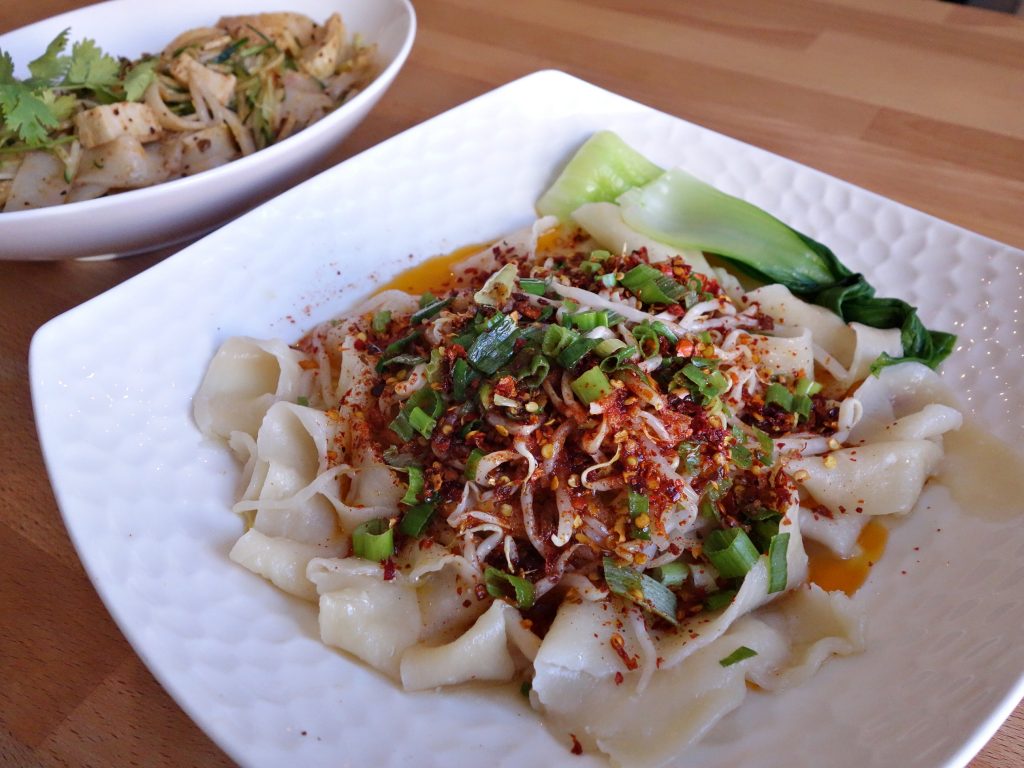 There are now a few places in the area serving biang-biang noodles, including one just down the street in the University District, but Xi’an Noodles does them best. They are sauced just right, with a perfect amount of black vinegar to go along with soy sauce. You can get the noodles with various toppings (spicy cumin lamb is a great option) or in soup, but I believe that the “basic” version showcases the wide, chewy, and tender flour noodles best, with no distractions apart from the welcome heat of the red chili seared with hot vegetable oil. 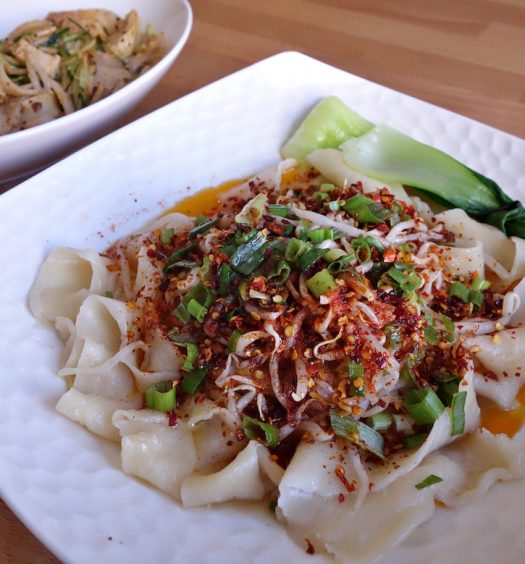 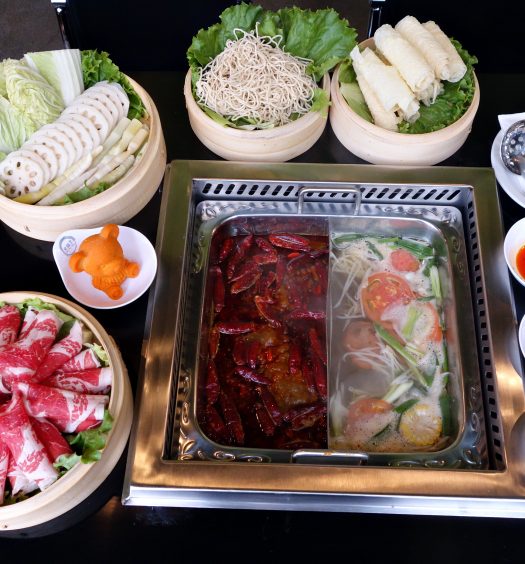 Two Types of “Hot” Pots Are Currently King in the ID