Intentionalist: a local startup wants to help you spend money for good

Intentionalist: a local startup wants to help you spend money for good

Intentionalist aims to help consumers align their values with their spending. 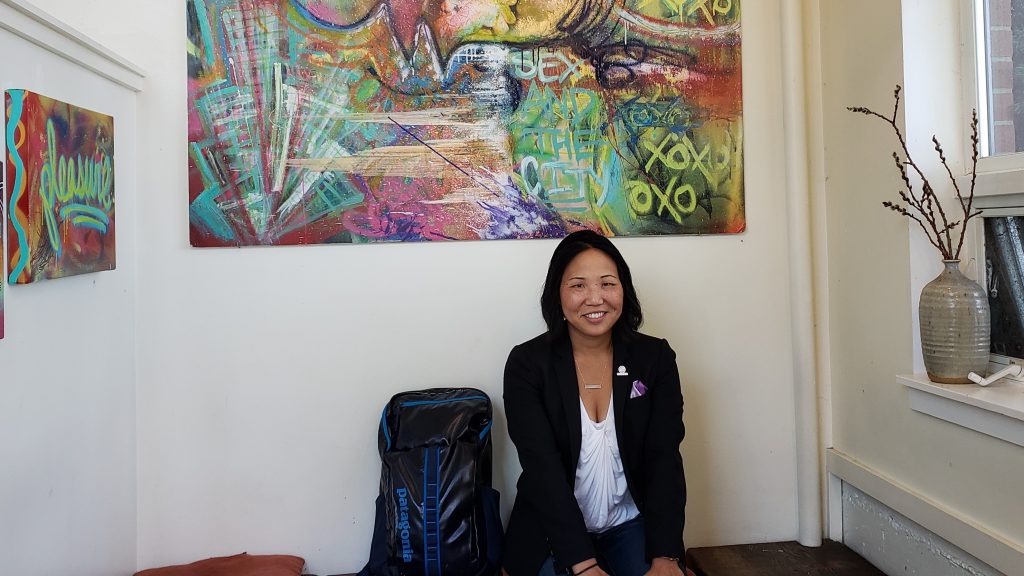 With the tremendous growth Seattle has seen over the past few years came an undeniable realization that the city is rapidly evolving. Traffic congestion aside, the big injection of wealth also caused other symptoms to flare up. As construction cranes soared ever higher over downtown, so did income inequality. Diversity, too, hasn’t fared much better, depressed by gentrification and the displacement of vulnerable communities, many of whom were established well before 2-day shipping was even possible. For many longtime residents, the physical and social landscape here is already unrecognizable.

While grumbling and griping about how Seattle has “lost its soul” are getting louder, there are also deep conversations taking place around who fundamentally benefits from this growth and who feels a sense of belonging. Launching these dialogues, and starting a movement, is Intentionalist, a new online guide that supports small businesses and diverse communities by making it easy to find local stores and shops owned by women, people of color, families, veterans, LGBTQ, and differently-abled people.

“I want to make it easier for people to spend money in a way that has a positive impact,” says Laura Clise, founder & CEO.

Laura knows that being able to do good and help others is a privilege. She also knows that privilege exists relative to each person’s situation. This is a key concept because Intentionalist is all about helping others – us! – do good. In Seattle particularly, there’s a sense that being a “good guy” means complete adoption of whatever tenets are being proposed. But Laura is not out to turn every Seattleite into saints – she readily admits to getting coffee at Starbucks and ordering things from Amazon at times.

“The reality is you can make a meaningful impact on income inequality and whether or not small businesses survive with a shift of just 5-10% in consumer spending,” Laura confidently explains, having had years of experience in marketing, business, and corporate social responsibility. “Not every dollar you spend has to be toward a diverse small business…although power to those who embrace that!”

Research has shown that independent local businesses play a critical role in maintaining the health of the local economy and combating income inequality. One major factor is that local businesses keep the money local, stretching every dollar far more than national chains do. In one study conducted in Portland, Maine, researchers found that a 10% shift in spending from national chains to local retailers would generate $127 million in economic activity and 874 jobs. Imagine what this shift would do for a city of Seattle’s size.

To Laura, who seems to have endless energy and the discipline to focus it like a jet engine, Intentionalist is an invitation to “pause for a moment to think about the kind of city we want to live in and the kind of communities we want to be a part of.” She had such a moment during a trip to Bangkok, Thailand while still working to lead CSR for a major corporation. The question on her mind then was how to align the values she holds with the impact she would have as a tourist. That exercise in being intentional about her spending was the seed for her latest, and so aptly named, venture. 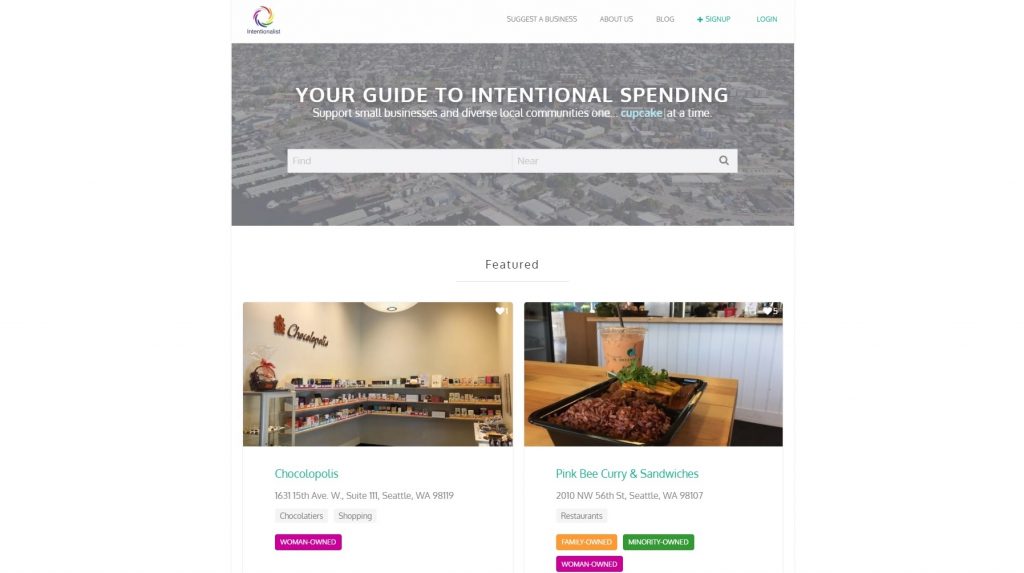 But what about Yelp! and Uber Eats and Groupon? Aren’t they helping local businesses, too?

While these companies certainly help bring consumers to local shops, their cutthroat models and marketing tactics often force business owners to make impossible choices like heavily discounting products or pay up to control their ratings. Many prominent restaurateurs and chefs have openly denounced Yelp! as harmful to the industry.

“Small business owners are bombarded daily by people looking to make a buck off their backs,” Laura points out. “We try to take the inverse approach and focus on getting to know and building authentic relationships with business owners. We don’t start out with a sell and we do our best to make sure that we are making decisions that prioritize them.”

To this point, Laura can often be found frequenting local shops and restaurants – in the contemporary entrepreneur fashion style of jeans, blazer, and backpack – chatting up owners and telling them about what Intentionalist is doing.

For now, Intentionalist can be accessed through the quickly growing website and the company also highlights local businesses and events through Facebook, Instagram, and Twitter. Several meetups have been organized and, working with the Ethnic Business Coalition, a series of dinner events – at independent locally-owned restaurants of course – is under way to help people “put their money where their mouth is.”

“Hopefully what we’re helping to facilitate is consumption not just on the basis of convenience but on connection and community.”

Want to be part of the shift? Start with Intentionalist the next time you’re looking for a place to eat or shop. 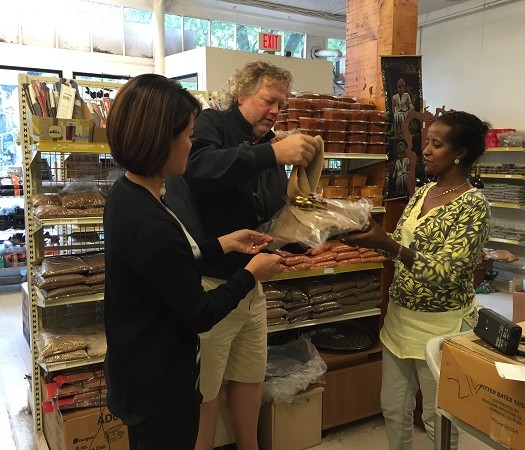 “If $11 Pho Bothers You, Give That Money to the EBC Instead”

Read More
“If $11 Pho Bothers You, Give That Money to the EBC Instead”
Top