Speaking of the milk tea, we always think of a warm and cozy afternoon, when we spend time with friends. The taste becomes so special when we add milk to the tea. However, where does milk tea comes from? We appreciate the intelligence of our ancestors who first created such a wonderful taste for us. Nowadays, there are different types of milk tea all around the world. We have milk tea from India, Hong Kong, as well as Taiwan, and each of them has its own unique features. Yet, the most exciting thing about milk tea is that milk tea has become a universal drink with embedded diverse cultures. Here, we will talk about where the milk tea comes from, and how this type of drink has traveled across the world.

There is insufficient evidence to show the real origin of milk tea. However, when and how the milk tea started off on its international journey has some solid evidence. The mysterious story begins with some unpleasant colonization, which dates back 400 years ago. Since the time of 16th century, England and Holland first set up an East Indian Company, which was the continuum of Western Invasion into the Asia. Later, France was also involved in the business. Because of the East Indian Company, the diverse culture of the Asia along with its food was introduced to the outside world. Milk tea was an absolute part of them.

When the British and Dutch brought Indian Milk Tea into China, both British and Dutch were unaccustomed to the strong favor of the Milk tea from India, due to the weather and dinning habit. Thus, they replaced the Indian spices with the mix of different kinds of teas and added in the tea the maple sugar. These teas and the maple sugar later became the basic formula of the milk tea. Based on this formula, Dutch people added milk into the tea in order to counteract the bitterness of the brewed tea. European countries quickly accepted this type of milk tea. The Taiwan Milk Tea was also created based on this Holland Milk Tea.

The origin of Taiwan Milk Tea dates back to the milk tea produced by the Dutch. In July 1604, Holland colonized Taiwan. Taiwan did not return to China until February 1662. From the year of 1636, Dutch businessmen started to use Taiwan as the location to transport their teas to Iran, India, and Indonesia. At the same time, the milk tea was imported to Taiwan as well. During the time of Japanese invasion of China, Taiwan started to plant Japanese black tea. The market of Tea in Taiwan also grew as the planting techniques improved. Taiwan turned into a haven of various kinds of teas.

According to Xiuhui Liu, a pearl or a bubble inspired the name for this milk tea. The shape of rice ball in the milk tea looks very like the pearl. In the early 1990s, Bubble Milk Tea appeared on the happy hour menu in local drink shops. It was first served in the coffee shops, where people talked about business and students had gatherings with friends. People started to sell Bubble Milk Tea near the schools, training centers, or at the night market. You could always see students and young couples drinking on the street, or while doing some window-shopping. Gradually, the milk tea went popular along with its beautiful name to hundreds of thousands of people.

In the later 1990s, someone introduced an automatic cup-sealing machine for the milk tea, which prompted many chain stores to start using this kind of machine. Due to the participation of train stores in serving the milk tea, the business of the milk tea was expanded across the globe. As the business grew, there came various flavors of milk tea. People would also love to add “grass jelly”, pudding, or coffee pudding based on their flavors. In 1996, Bubble Milk Tea broke into the market of Hong Kong and then was introduced to Mainland China. There were also many chain Milk Tea stores opened up in other countries including Canada and Japan after 1990. Now, in the 20th Century, Bubble Milk Tea is still popular all the world around. 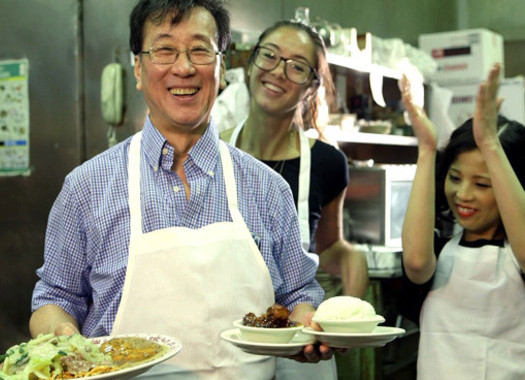 ‘A Taste of Home’ tells the story of history, food in Seattle&#…

Read More
‘A Taste of Home’ tells the story of history, food in Seattle’s Chinatown
1 year ago
Ethnic Seattle Eats

Bubble Tea: You Mean You Haven’t Tried It Yet?! 5 Things You Need to Know B…

Read More
Bubble Tea: You Mean You Haven’t Tried It Yet?! 5 Things You Need to Know Before You Do!
Top