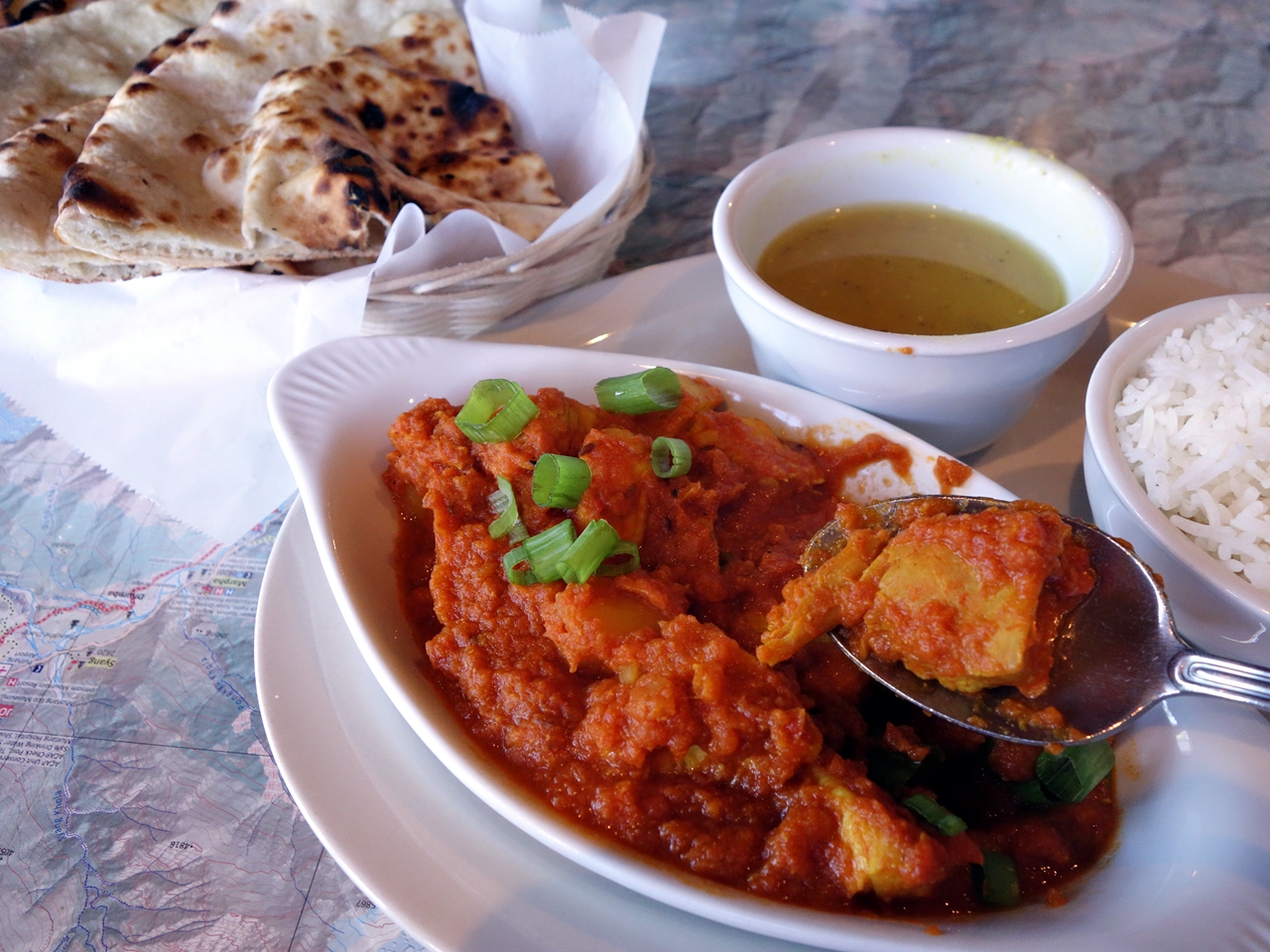 Himalayan Sherpa House is a trek to savor

Himalayan Sherpa House is a trek to savor

Himalayan Sherpa House is not your typical Indian place, but it has that too.

“I feed that same food to my kids every day,” says Ang Sherpa, owner of the Himalayan Sherpa House. His answer explains why his food is both healthy and delicious, and also provides rationale for his family-friendly restaurant.

Sherpa’s name reflects his background. Formerly a trekking guide, he eventually entered the food industry like his parents, who operated lodges and teahouses along trekking routes in Nepal. Sherpa came to America in 2010, first for a short stay in New York City before realizing it was simply too big for his liking. After a stop in Colorado, he settled in Seattle in 2012 and opened the restaurant two years later. 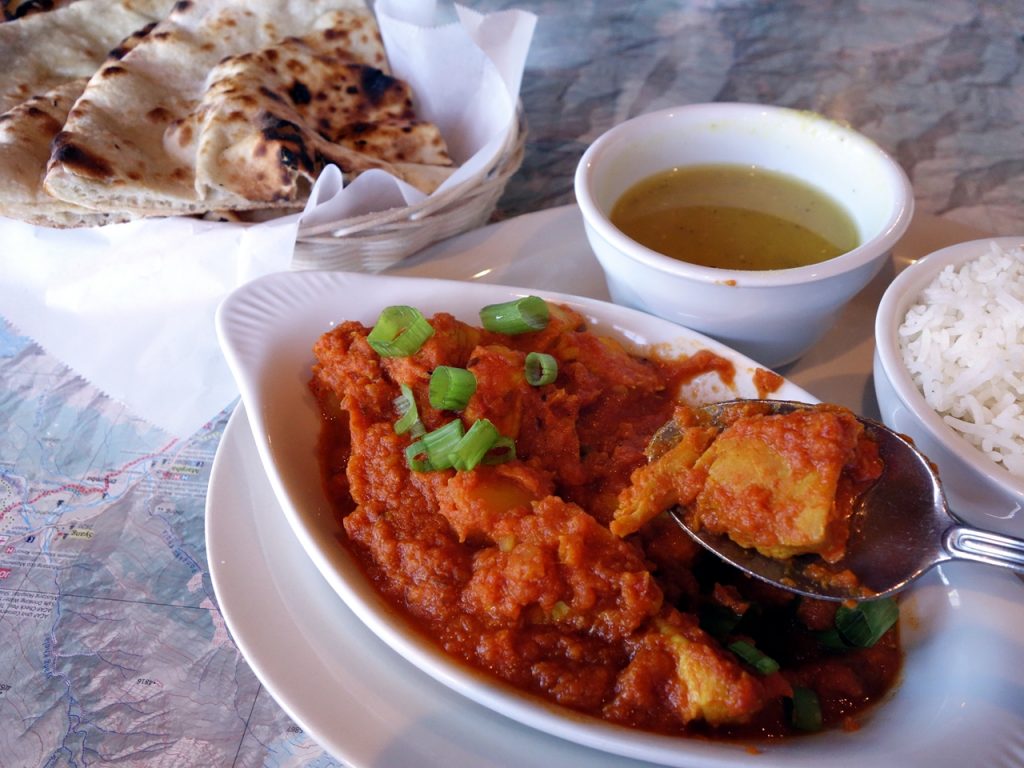 He decided that he wanted Himalayan Sherpa House to feature Nepali, Tibetan, and Indian dishes. But in contrast to the typical Indian buffet places, he wanted to feature fresh cooking (no steam tables!) and draw families from a neighborhood where he could build relationships with the customers. Tangletown would become home to his Tandoor oven, the showpiece of a kitchen that cranks out meals made from traditional recipes.

Ang says there’s not much in the way of typical Nepali food. Instead, he explains, Nepali cuisine borrows from the influences of nearby Chinese and Indian cuisine. But he believes that Nepali food is healthier, saying that “we use less cream, oil and butter—instead drawing flavor from use of more variety of spices.” 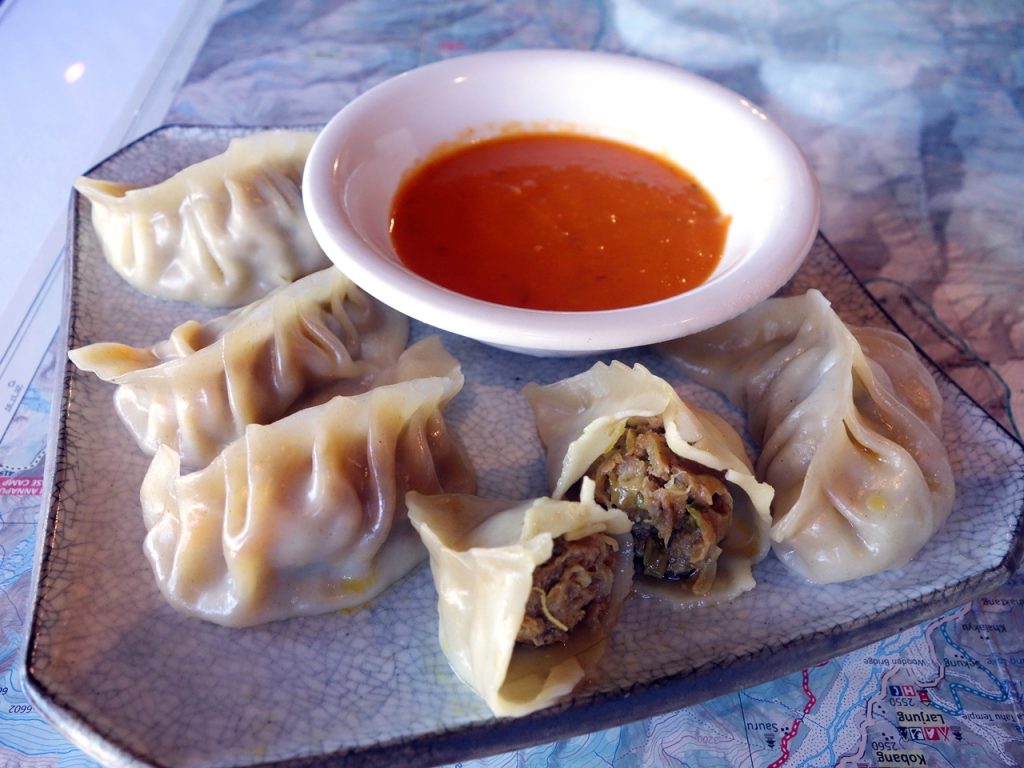 The menu shows Tibetan, Nepali, and Indian dishes, though the server says that what looks like Indian dishes might be prepared differently if done Nepali-style. For Nepali-style, my server steers me to chicken vindaloo. For Indian-style, he suggests lamb korma. Save for the green onions, the dishes look identical: meat and vegetable chunks in an orange sauce. For the vindaloo, the chicken is a little dry, with the tomato-based sauce slightly spicy and slightly acidic—kissed by lemon. Better is the korma. The sauce is milder than that of the vindaloo, but its nuttiness from cashew and its creaminess provide nice contrast to the gamier lamb.

If you go, order naan to scoop up remaining sauce. And for a taste of Tibet, try momos as an appetizer. They come with a choice of fillings; the pork variety are reminiscent of Japanese gyoza, but instead of soy sauce, there’s chutney sauce for dipping the dumplings. The color of the sauce, perhaps no surprise, is again orange. So maybe it makes sense to order an orange-colored mango lassi to wash down all the food? 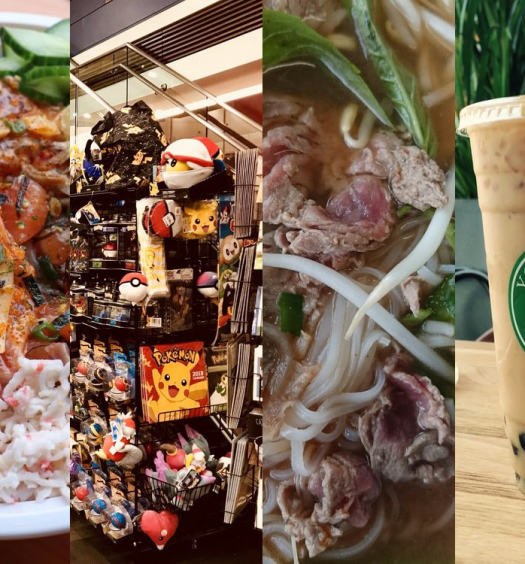