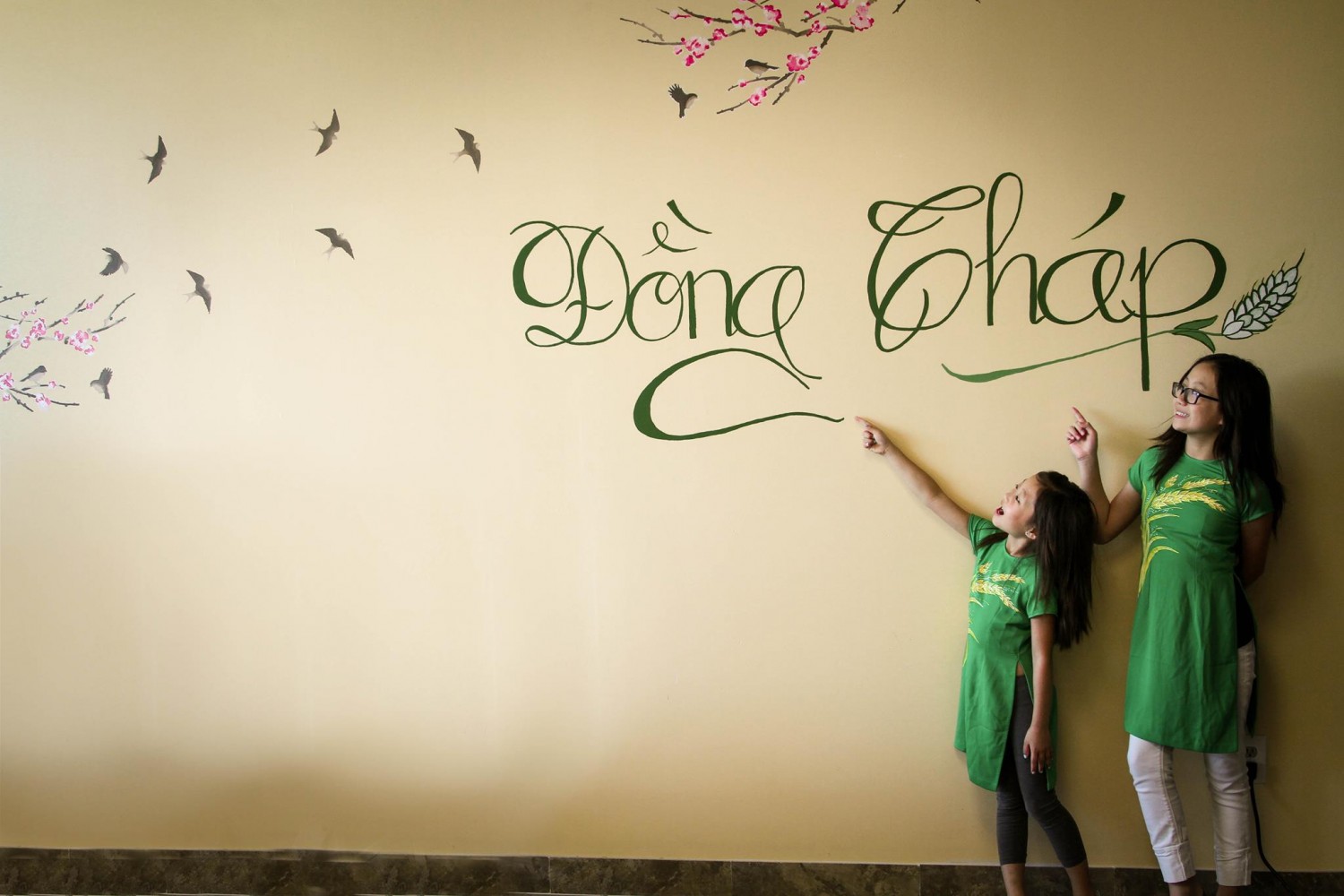 By Ethnic Seattle  •  5 months ago

The restaurant’s name refers to a province in the southern part of Vietnam that’s known for rice production. At Dong Thap, they’re taking rice and turning it into fresh-made noodles that form the foundation of the menu. 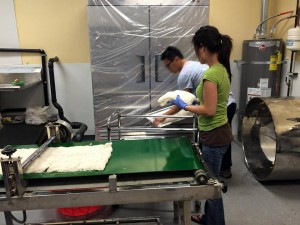 Owner Khanhvan Tran (she goes by “KV”) says it all started out of health concerns. “I don’t like to buy packaged food for my kids,” she explained, adding “I’d rather make things fresh.” Making noodles was made easier by tapping into husband Nick Bui’s roots: four generations of noodle-making, dating back to his family’s previous business in Vietnam.

The goal, at first, was simply to make noodles to sell to area restaurants and the public. “But then I realized we had a great product, so why not make food with it?” Tran said. While her parents had a teriyaki restaurant in Seattle for some time after fleeing Vietnam in the mid-1980s, this is her first venture into the restaurant world. With help, she envisioned the concept, navigated the paperwork, and designed and renovated the space (including original artwork). As fate would have it, a chef from her same rural village in Vietnam contacted her in search of work just as the restaurant was about to open.

Dong Thap currently offers five types of rice noodles, with another (bánh hỏi) targeted to join the menu before the start of the Vietnamese New Year. There are bánh canh (thick udon noodles), bún (thin vermicelli noodles), bún bo (thicker vermicelli noodles), and two types of pho noodles: bánh pho lon and bánh pho nho. (You’ll also find clear hủ tiếu noodles.) Bui says that the older generation expresses glee to see the bánh pho lon, as these wide flat noodles are quite traditional and hard to find locally. The bánh pho nho are an alternative for those who want narrower noodles for their pho. 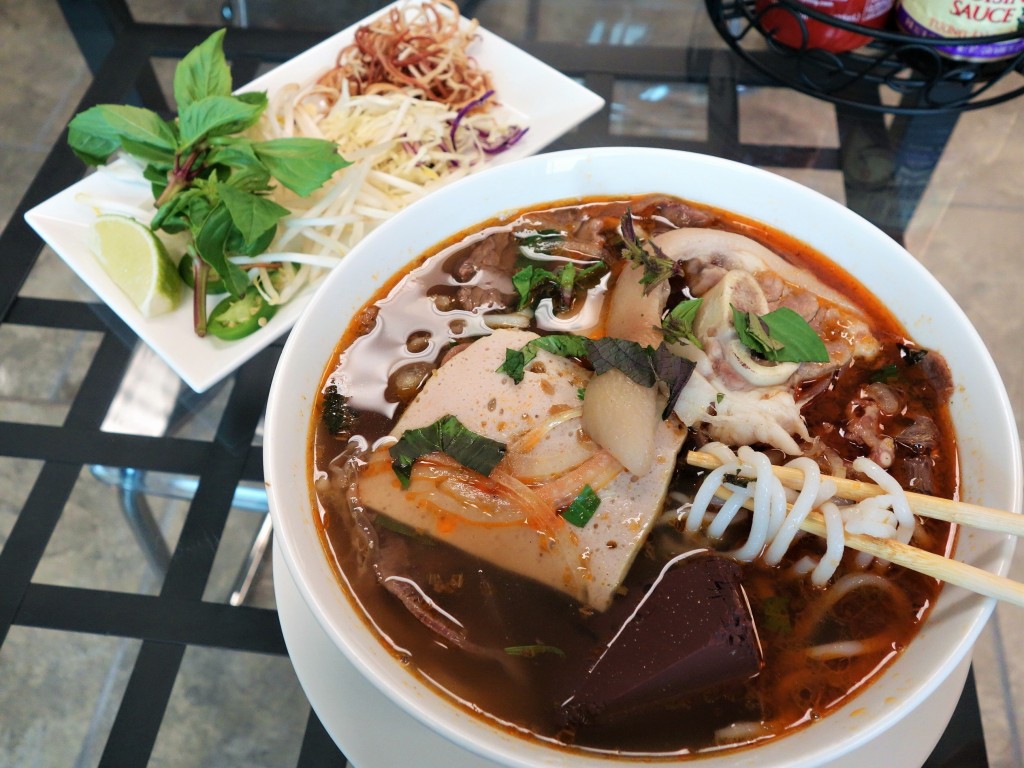 The rice noodles are for sale at the front counter, with price ranging from $1.50 to $1.75 per pound. This is actually a bargain, as the noodles actually take four days to produce, starting with the initial grind of the rice. The end result is freshness, plus a soft, slippery texture and a delightful extra chewiness. This was evident in the bún bò Huế I tried, with beef and pig parts (including a big pork blood cube) joining the noodles in a spicy and meaty broth that cooks for 13 hours. While a bowl of pho also tempted me, I instead enjoyed the chance to try noodles in dry form as part of a refreshing bowl of bún thịt nướng—in this case rice vermicelli with grilled pork and shrimp. If the quality of the food and the wait for tables is any indication, Dong Thap will be in overdrive keeping up with noodle demand. 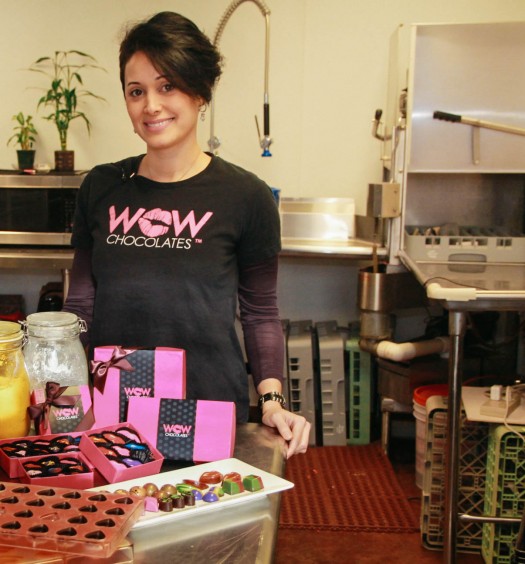 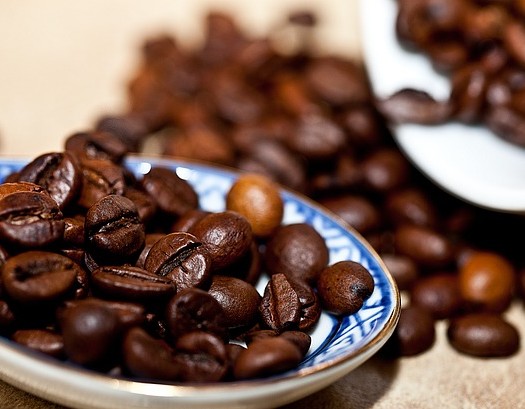