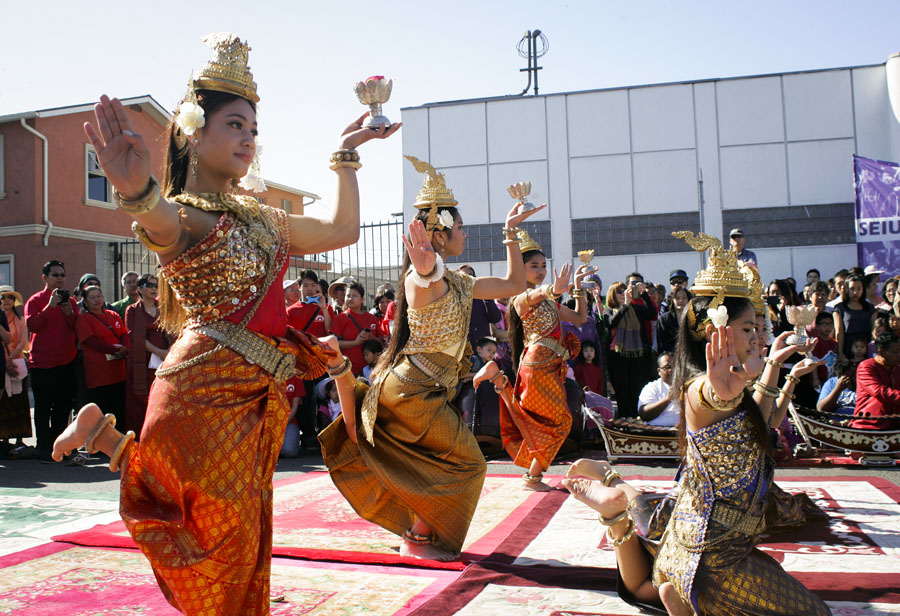 It’s a New Year for some this week; here’s how they celebrate

Mid-April marks the celebration of a new year for several Southeast Asian countries and cultures including Cambodia, Thailand, and Laos. These celebrations are usually held between or around the dates of April 13–15. For these countries, the New Year follows the Buddhist and Hindu calendars and are also called Buddhist New Year.

Cambodian, or Khmer, New Year is called Chaul Chhnam Thmei and consists of a three-day celebration. The first day, Moha Sangkran, consists of house cleaning and offering food to welcome spirits. The second day, Wanabot, consists of gift-giving to family and relatives. On the third day, Leung Sakk, people visit the temple to receive blessings from monks in the morning, and Buddha statues are washed to bring good luck.

Thai and Lao New Year is called Songkran, or Pi Mai. Celebration days are also marked by house cleaning, visiting temples, and washing Buddha statues for good luck. Most significant to Thai and Lao New Year is the water festival. Songkran, which means to pass or to move into, is marked by the water festival in which people pour and sprinkle water upon one another as a cleansing ritual for the upcoming year.

Cambodia, Thailand, and Laos aren’t the only countries celebrating the coming of a new year. Parts of India and other Southeast Asian countries will also celebrate, including Sri Lanka (Aluth Avurudda) and Burma, officially known as Myanmar (Thingyan).

Check out some of these Cambodian New Year events happening around the Seattle area: